The UK’s healthcare regulators have published their annual whistleblowing report the 12 months from April 2019 to March 2020.

Whistleblowing is the term used when someone who works for an employer raises a concern about malpractice, risk (for example about patient safety), wrongdoing or possible illegality, which harms, or creates a risk of harm, to people who use the service, colleagues or the wider public.

Ideally, such concerns should be dealt with by the employer. However, if the management have not dealt with those concerns by responding appropriately to them, perhaps by using the employer’s own whistleblowing policy, or the worker does not feel confident that the management will deal with those concerns properly, they can instead make a disclosure to, in this case, a healthcare regulatory body such as those listed below.

The Public Interest Disclosure Act 1998 (PIDA) protects employees from workplace reprisal for raising a concern which they believe to be genuine.

Disclosures could be about the safety of patients or people who use services, the failure of a provider to comply with the law or the national standards of quality and safety, financial malpractice or risks to staff or other people.

From the 2020 report, some sort of regulatory action was taken in the majority of cases.

The report defines regulatory action as:

We specialise in healthcare defence and representation.  Because of our experience in the criminal courts and other adversarial tribunals our special expertise is at contested hearings.  Healthcare workers facing regulatory action can speak to an expert barrister for a free initial case assessment with no obligation. 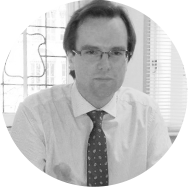